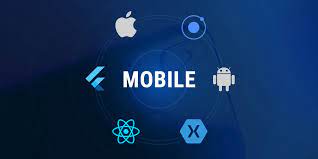 Best Mobile application Development Company creates mobile apps for various purposes such as banking, gaming, GPS tracking, online shopping, and the list goes on. Almost all of our tasks today can be accomplished using mobile applications. Hence, there is a massive requirement for these applications in today’s world.

web applications – Need internet connectivity to make use of

Titanium is an open source framework that was developed by accelerator. It can be used to build native applications for various platforms such as Android, iOS, and Universal Windows Platform. Titanium makes use of a single JavaScript code base. The code is highly reusable. Using titanium developers can reuse about 60 to 90% of the code across different platforms. seamless integration, titanium provides seamless integration to existing continuous delivery systems.

Native script is an open source framework developed by progress and was released in the year 2014. using native scripts, you can build both iOS as well as Android mobile applications. The apps created using native script are built using JavaScript or TypeScript. And they are completely native. Also, it supports both Angular and the view frameworks.

Using native script, you can make use of any of your views to be the root of the application that you’re creating. Also, you can produce icons or splash screens based on high resolution images.

It is developed by jQuery team. The jQuery framework is a touch optimized framework that can be used to develop mobile applications. using jQuery developers can create applications that are cross browser compatible for devices such as smartphones and tablets. This framework is also compatible with other mobile frameworks such as phone gap, book light, etc.. It is also a theming framework that allows users to create custom themes. It also supports Ajax path navigation with animated page transitions that provide the ability to create semantic URLs through push state. Also, you can make use of UI widgets that are touch optimized and platform agnostic.

Corona, also known as the 2d game engine, is an open source framework that is used to build games and applications. The Corona framework allows you to build both mobile and desktop applications. It makes use of Lua scripting language and also provides c++ Objective C and Java extensions. Developers can create a single app and publish it on multiple platforms such as the App Store, Play Store, Windows or Mac. Not just that you can also use the applications on connected TVs like Apple TV, Fire TV, and the Android TV.

The phone gap framework is owned by Adobe Systems. Later, they released an open source version of the software and call it Apache called to walk. Using the software you can build mobile applications using CSS three, html5 and JavaScript. PhoneGap is Adobe’s commercial version of Cordova, along with its associated ecosystem. Its back end is robust and allows developers to develop applications quickly with limited amount of work. Also, since it makes use of HTML, CSS, and JavaScript, anyone having the most basic knowledge of these can make use of PhoneGap.

Initially, at the time of its release iconic was built on top of AngularJS and Apache Cordova. The latest version, however, was rebuilt and can support Angular, React or the view frameworks. Using iconic you can create hybrid mobile applications, desktop applications, as well as pw A’s or progressive web applications. It provides a rich library. Iconic supports a rapid development, environment and app flow.

Xamarin is owned by Microsoft and was founded in May 2011. It is built on dotnet and C sharp. Xamarin consists of bindings for almost the complete underlying platform SDK in both iOS and Android. Not just that these bindings are strongly typed, meaning they are easy to navigate and use.. Xamarin makes use of Visual Studio, which is an ID created by Microsoft. And so provides sophisticated cross platform support for the three major platforms that is Android, iOS, and Windows.

Flutter was developed by Google. It can be used to create mobile applications, both for iOS and Android quickly and efficiently. The major factor that convinced several developers to shift to flutter is that the project will have a single code base. flutter is built upon the Dart language, which was also made by Google. If you happen to choose flutter as your choice of framework, then you will find everything you will need in flutter itself without relying on any of the third party applications. This is currently adopted by best mobile application development company in Riyadh

We  at Nolwa are the best mobile application development company in Riyadh. We have created more than 100 apps using all kinds of frameworks.